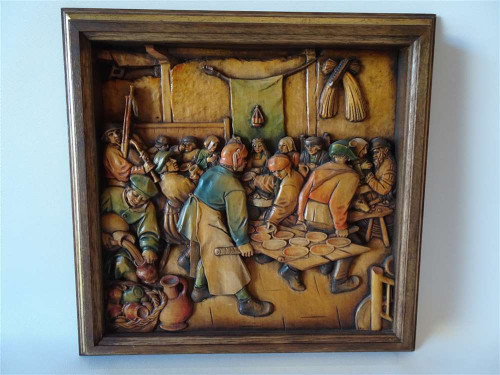 The story of Arni  woodcarvings begain in the late 19th century and were made by the farmers of the Groden Valley, in the Dolomites, a region in the Alps.  Alois Riffeset bought the carvings off the people in this community and travelled to major European cities selling the wood carved figues and toys.  In the mid 20th century woodcarving included woodcarved pictures which you see here.

These carvings are still made today with the same care and precision of so many years ago.

Lladro 'Girl with Parasol' porcelain figure with the Lladro mark at base circa 1980s, in lovely soft…

Kim Tarpey Etching The Butcher, the Baker, The Candlestick Maker